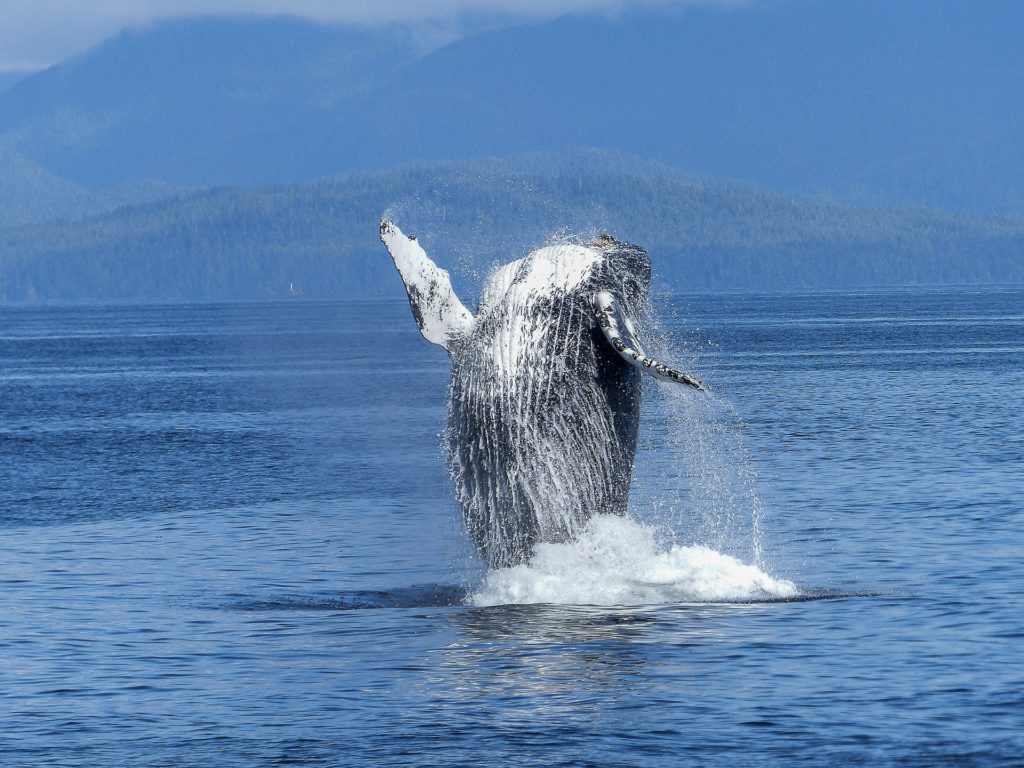 Are you interested in Ketchikan whale watching? Starting in the month of May and until late September – early October, Humpback whales are a frequent sighting in the Ketchikan area. They migrate from the warm waters of Hawaii to the abundant feeding grounds of Alaska. Humpbacks have been spotted around Ketchikan swimming and feeding or in some cases “breaching” and “bubble feeding”. Guests are often treated with these sightings when the timing is right.

The Humpback Whale is One of the Largest Animals on Earth

The incredible size of the Humpback whale is recorded and explained with various online resources. According to Oceana.org, “The humpback whale is one of the largest animals on Earth, growing to lengths of more than 50 feet (16 m) and weighing in at around 40 tons (36 metric tonnes). This incredible size is only possible because of this species’ aquatic lifestyle and the buoyancy provided by seawater.” They go on to say that on land, an animal as large as the humpback whale would almost certainly be crushed under its own weight.

The Rescuing of a Humpback whale 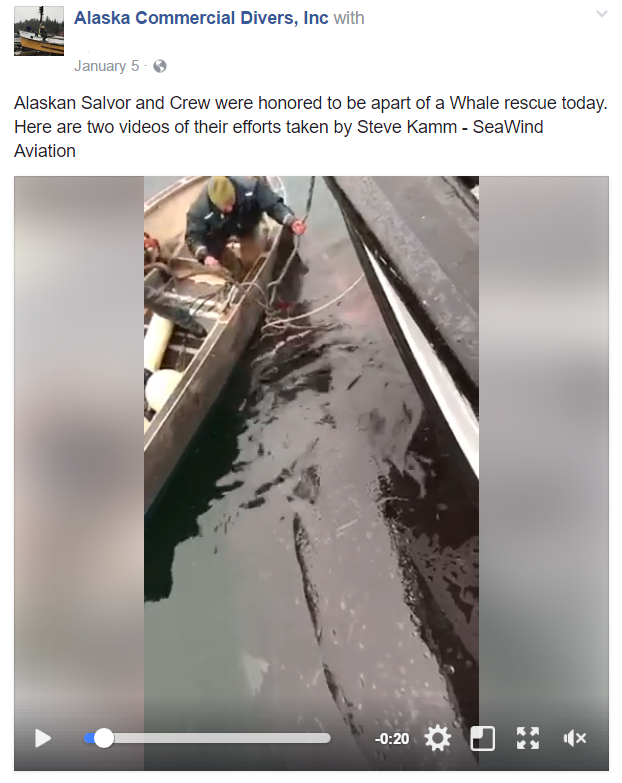 SeaWind Aviation recently participated in the rescuing of a Humpback whale that had become entangled in a barge anchor cable off Prince of Wales Island. Crews from the following local businesses participated in the rescue of this grateful creature: Alaska Commercial Divers, Olson Marine, Sea Alaska and SeaWind Aviation. Along with the KRBD article above, additional information can be found in this KTUU article: “Marine rescue caught on camera when a whale became tangled in cable“. Learn more about this incredible encounter, watch a video of the event or see more pictures of the rescue.

Local sightings are not limited to on the water from a boat. An astute observer could get lucky with a sighting from the air! When on a Misty Fjords, crab tour or bear tour, be sure to keep an eye out for dark shapes in the water or the unmistakable plume of mist coming from the surface of the sea. These behemoth mammals usually hang around the surface for a minute or two for eyes that are patient and paying attention.